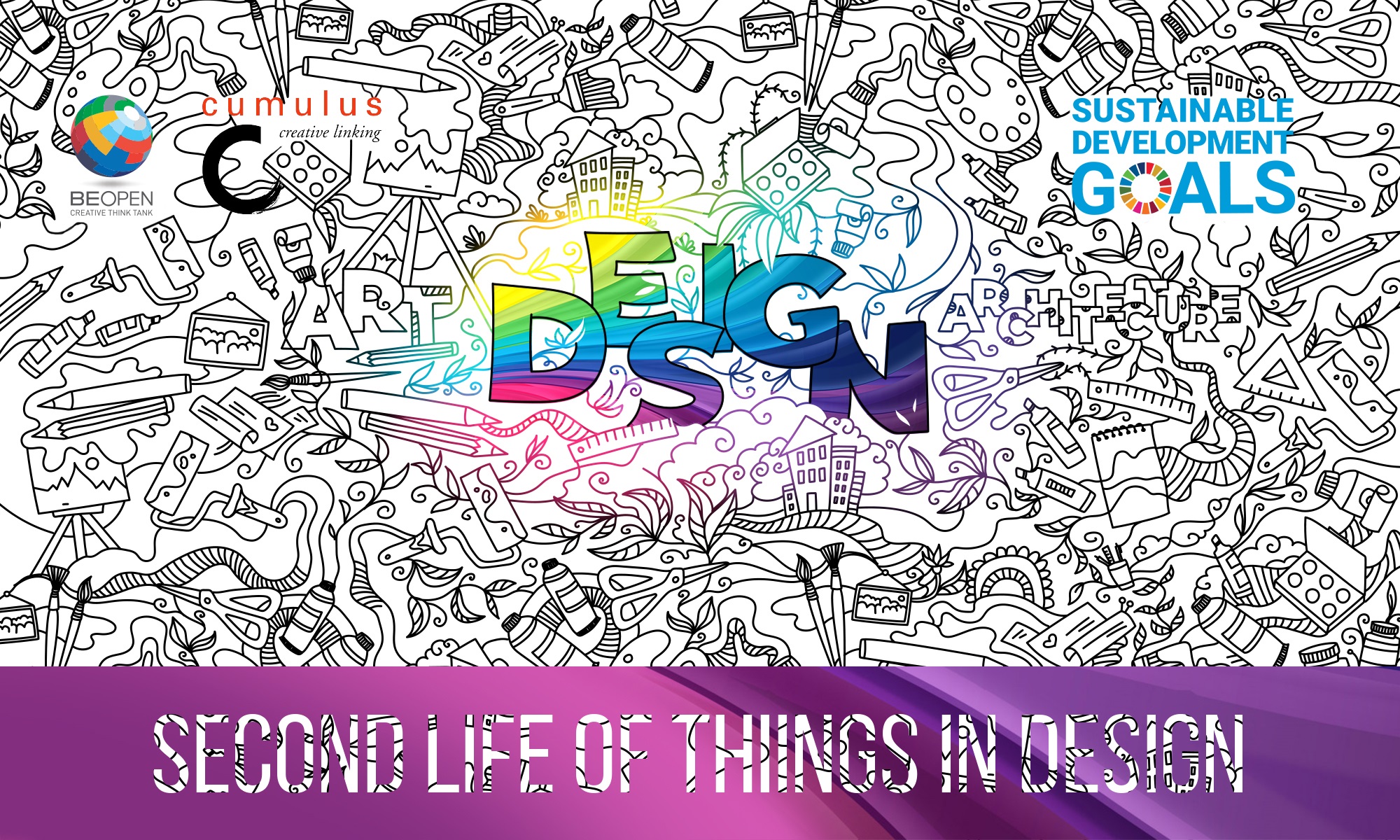 Inspired by the United Nations' SDG Programme, BE OPEN and Cumulus have joined forces to hold an international competition for students of creative courses of universities and colleges worldwide. The competition ‘Second Life of Things in Design’ became an integral part of Cumulus Green 2020: For A New Circular Economy, and called for ideas that demonstrate a creative, design-oriented take on the problems of sustainability, wiser production and consumption formulated by SDG12.

BE OPEN and Cumulus turned to younger generation of creatives for these solutions, as both the organisations strongly believe in their potential and ability to look at the world with fresh eyes and to come up with ideas no one has found before.

The judging process was led by jury co-chairs and former Cumulus Vice-Presidents Dr. Sam Bucolo and Elsebeth Gerner-Nielsen. The multi-stage review process was conducted in the early spring by distinguished representatives and experts in design, cultural diplomacy, sustainability and circular economy. More about the jury>>

In addition to the three winners, the judges selected 50 honorable mentions, out of which two more winners of ‘Second Life of Things in Design’ were named: